Boys Soccer Wins Against Somerville With A Double Overtime Goal 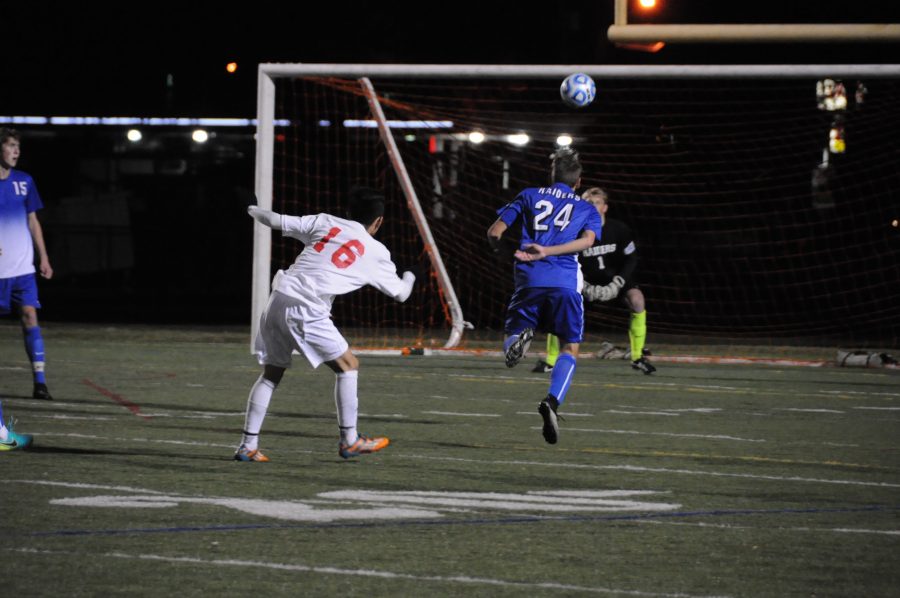 The Raiders boys soccer team continued their winning streak with a 1-0 win in double overtime against Somerville on Nov. 15 at Somerville High School.
With less three minutes left in the game, tensions were at an all time high as Senior Ryan Peterson scored the winning shot off a free kick. The Raiders had previously scored two other goals, both of which were disallowed by the referees.
The odds seemed as if they were stacked against SPF throughout the entire game; numerous penalties were called against the Raiders, and two players taken out due to injury, but even so the Raiders prevailed.
“You know, the first half was definitely frustration. They were coming out, firing, they’re quick, they’re talented, but in the second half they were getting a little more tired and we were still going at them and going at the,” Peterson said.
Despite being closely matched in size and speed, the endurance of the Scotch Plains-Fanwood team is ultimately what helped them pull through. Between the extended play time, pressure of state finals and the anxious crowd screaming from the sidelines, this game was a relentless test of the boys’ physical and mental strength.
Senior goalie Sean Murray held up against the torrent of Somerville kicks with amazing saves that led to the success of the Raiders in this nail-biting game. Another key contributor was junior John Murphy, who put up quite the fight despite suffering an injury towards the end of the first overtime.