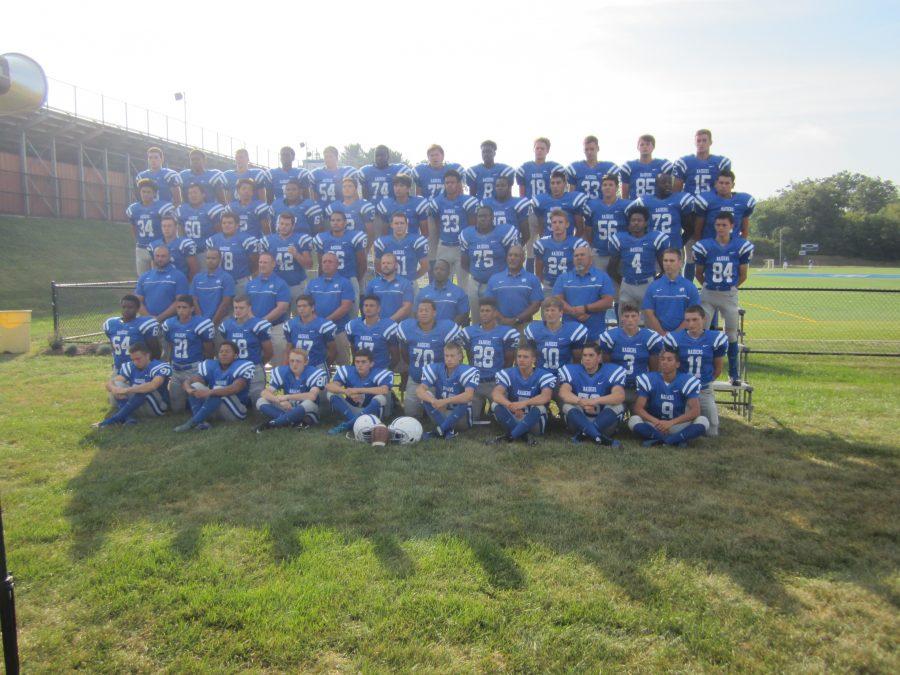 After 10 long months away from the field, the Raider football team is ready for a new season. The team kicks off its season on home turf against Warren Hills. The team has struggled in its past seasons, but the coaches and players are that the upcoming season will be different.

The team’s work ethic has picked up since the minute last season ended. A week after their 2015 season concluded, the boys were in the weight room lifting, and have continued throughout the winter, spring and summer. Their hard work should pay off this season, especially since they do not have an easy schedule. The team is looking forward to playing Warren Hills and Cranford.

The Raiders have depth throughout the roster this year and have great chemistry as well.

“We have a lot of linemen, so we won’t be tired,” junior quarterback Cooper Heisey said, “We can move the ball up front and stop them on defense, which we couldn’t do last year. We have a more complete team than we have had in a really long time here.”

Many players on the team are less experienced, but have the potential to have big seasons. Sophomore linemen Nick Smith and Jahsyn Silver will be some of the starters in the trenches. On the other hand, seniors Khalil Dowdy, Jumar Etkins, Bobby Nugent, Hunter Marshall, Izu Mozie,Vincent Ruzek, Spencer Vaughn and Yusef Wheeler will help lead the Raiders.

The team’s offense will be a formidable passing threat to competitors. Juniors Dwight Laylor, Jack Lynch and Heisey as well as sophomore Isaiah Stewart will put up points for the Raiders through the air.

Not only does the team have determination, but they also have a competitive attitude.

The team has looked good in practices and scrimmages. Now, they just have to put their all into the games. They have worked hard since the last season ended and will continue the work throughout the whole season.