The Hunt is simultaneously the cure for fashion envy and pure genius. Here’s how it works. You can crowd source your shopping quest to find a specific item or a look for less. All you do is upload a picture of the product you’re looking for and The Hunt community will find it. I will warn you though, this app is extremely addicting. One minute you’re logging onto the app looking for a pair of combat boots and next thing you know, 45 minutes has passed. There goes studying for that exam. Rated #1 Best New Lifestyle App by Apple, this app will no doubt captivate you. 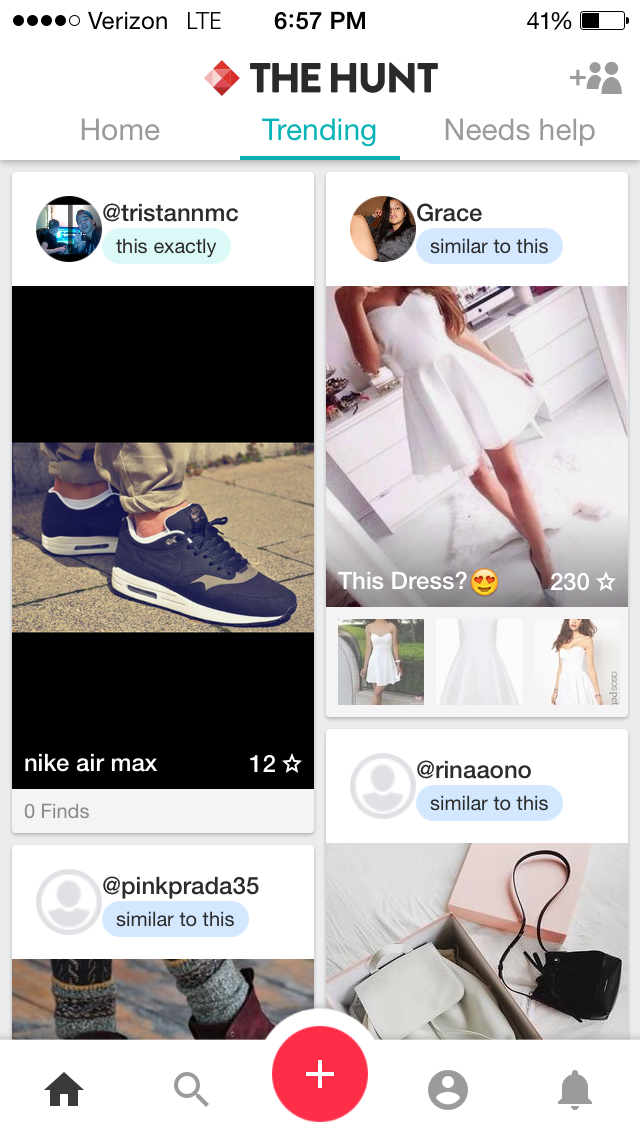 Before The Hunt became an app, it began as a startup website that became hugely successful. Since its launch in January 2013, the site has allowed users to post “hunts,” or pictures of unidentified clothing items from Tumblr, Pinterest, or the like that they want to track down and own for themselves. Community members then jump in to either to identify the exact product or to provide suggestions for similar ones. Unlike sites that trade in inspirational photos–the Tumblrs and Pinterests of the world–The Hunt’s aim is to serve those who want to act on that inspiration that they see on their favorite sites and apps. Currently, users are joining 200,000 hunts each week. This is twice the number they were seeing two months ago. The startup really seems to be picking up steam and taking off.
The Hunt’s greatest perk is being able to mobilize fashion and shopping. CEO Tim Weingarten said, “what happens is that you see someone on the street and take a picture of their jacket, you’re browsing Instagram and take a screen cap. That’s the key experience…you add products as you’re out and about.”
Especially when you’re in cities and find someone wearing an outfit that’s totally different and cool, snap a pic of the outfit and you have a pretty good chance of being able to find the pieces of clothing online with the help of  “the hunt” community. Even if you’re skeptical of the app, download it and give it a shot! I bet you’ll be pleasantly surprised. 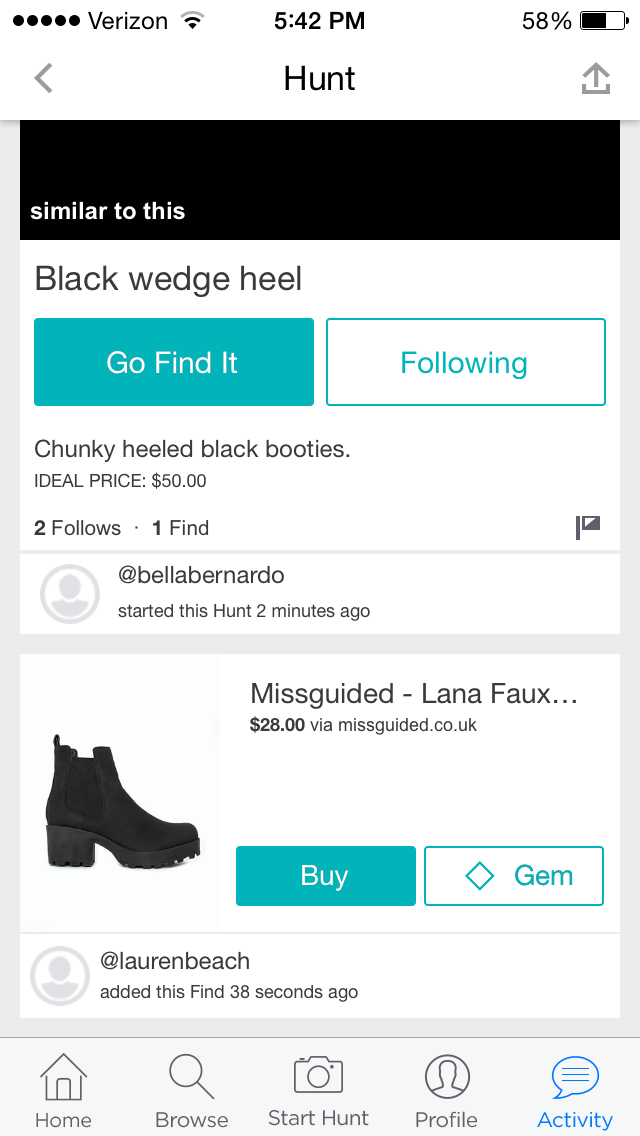 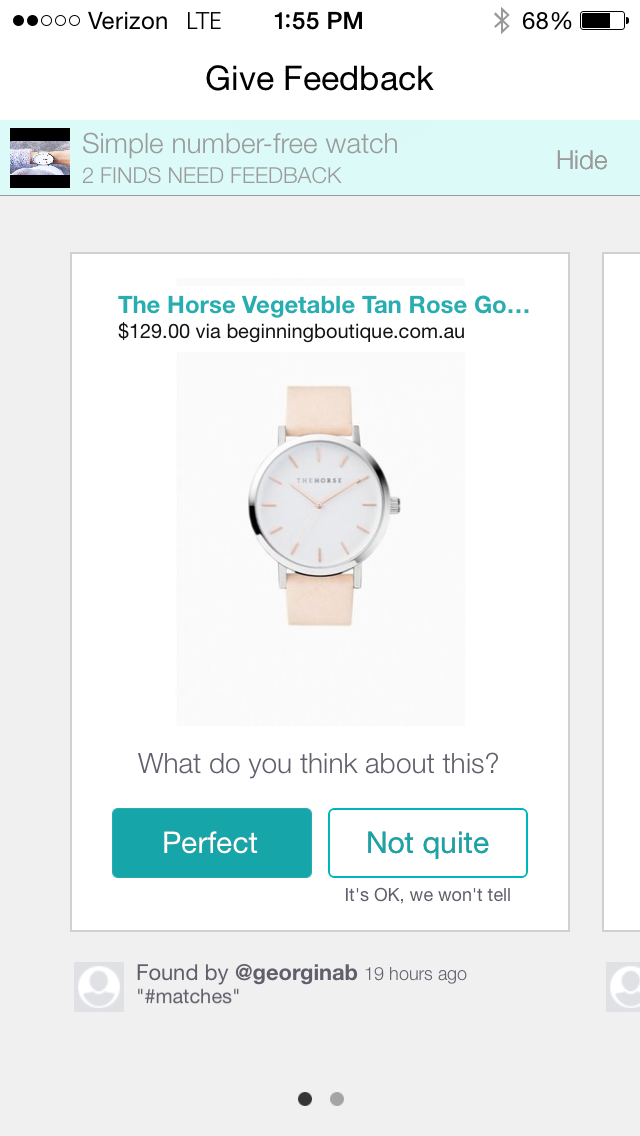