School board candidates relate their campaigns to high school issues 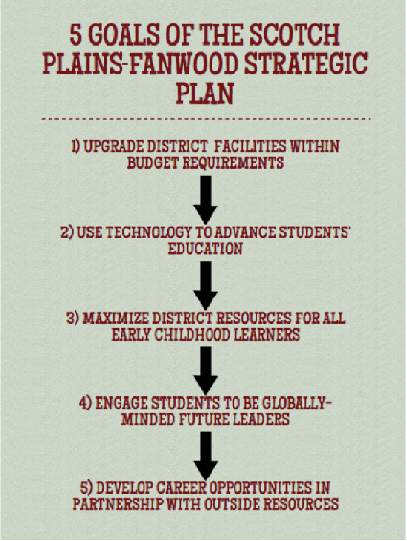 by John Musso
Voters of Scotch Plains and Fanwood will be electing three representatives out of four candidates for the board of education in the November elections this year. Incumbent board member Jeanne Cleary, who represents Fanwood on the board, is seeking a second term unopposed. In Scotch Plains three candidates, incumbent board member Warren McFall, Michele Polhamus and Evan Murray are running for two seats on the board.
The primary functions of the school board are to work with the District Superintendent, who is in charge of the day-to-day operations of the district and accountable to the board, and to see that the school district is effectively run. Acknowledging this limited role, most of the candidates are running to create dramatic changes; they all wish to work with their fellow board members and the administration to ensure the students in the district receive a high-quality education.
The exception is board candidate Evan Murray, who wants to provide full-day kindergarten for all district students. “Full-day kindergarten is cost effective in the long run, for it prepares students for first grade and assists in providing a learning foundation to be successful throughout their educational experiences,” said Murray.
All candidates discussed with approval the recently announced strategic plan for the school district, which are a series of goals created by community leaders, local elected officials, school district faculty and students that identify various areas in which the school district should improve and/or expand (for more detail about the Plan, see the info-graphic).
Cleary is confident that the school district is moving in the right direction in terms of modernization and academic quality. Cleary considers the most important work currently facing the board to be providing academic and extracurricular offerings as diverse as the students who attend. “One of the board’s focuses should be looking at every opportunity to expand our offerings, to reach the different varieties of students within the building,” said Cleary.
Board Member McFall similarly agrees that the school district has accomplished much in the past few years, but feels that there is still work to be done. He, in particular, is very supportive of the various upgrades the district has planned for new or improved facilities in every school in the district. The new science lab in the high school is “just the very beginning of expansion, as we’re looking to expand upgrades throughout the district,” said McFall.
Polhamus, whose three sons all went through district schools, said that her focal reason for her candidacy is “to ensure that our schools are well run… I want to ensure to the parents of students who cannot be as involved as other parents that the school district is looking out for the children and working in the best interests of their children.” Polhamus supports greater transparency between the board and the community, specifically relating to the success of new programs such as the statewide implementation of the Partnership for Assessment of Readiness for College and Careers assessments.
Aside from his proposal for full-day kindergarten, Murray believes that the district should be run like a business, noting that, “decisions [made by the board] should be well thought out, strategic and cost-conscious.” He is also strongly supportive of the arts and athletic programs throughout the district, particularly at the elementary and middle school levels, considering both “the foundation” upon which successful high school athletics and arts programs are built.
The elections will be held on Nov. 4, and the newly elected Board members will be sworn in at the school board reorganization meeting in January.