Zoltan Bathory: The Man Behind the Punch 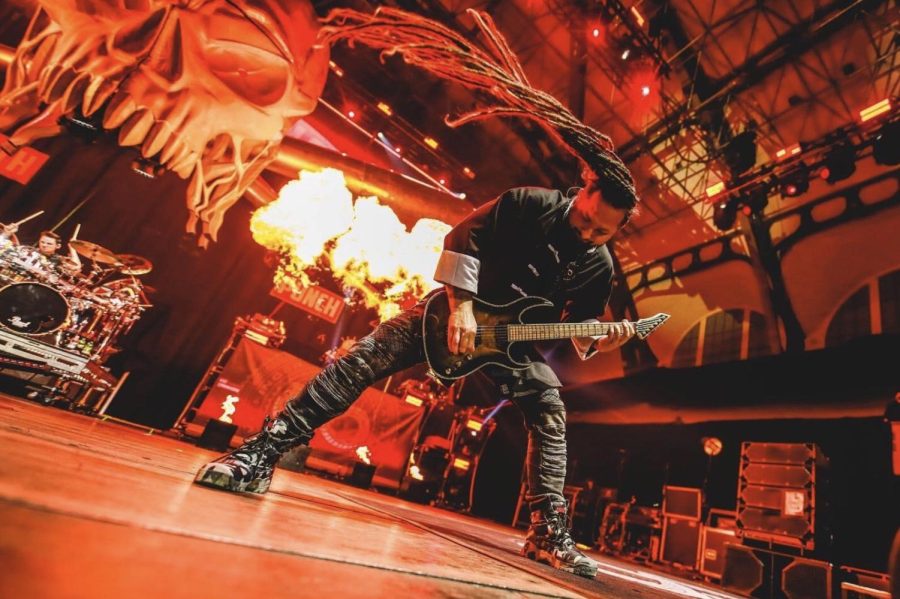 Over the past five years, I have had the amazing honor and privilege to get to know rock legend Zoltan Bathory of Five Finger Death Punch (5FDP) of the world’s leading rock groups. He is the founding member as well as the rhythm guitarist of this highly famous metal/rock band, which I must confess, is my personal favorite. Other current band members include Ivan Moody (Lead Vocalist), Chris Kael (Bassist), Andy James (Lead Guitarist) and Charlie Engen (Drummer).

For me, interviewing Zoltan was what I call an opportunity of a lifetime; 5FDP are an amazing group, and thanks to Zoltan, I have had the incredible opportunity to travel to numerous concerts throughout the country to see them. When I first met the band years ago I was extremely nervous – so much so that they actually noticed and they immediately attempted to help calm my nerves down; Ivan Moody was so calm and soft spoken while holding my hand, and Zoltan Bathory was talking to me.

I didn’t care what they said, I just couldn’t believe who I was standing in front of. Since that time, our friendship has blossomed, and my connection to the band, and particularly Zoltan, has become a cherished part of my life which I will forever treasure.

In our interview, I asked Zoltan about himself, his life and, of course, the band I have come to know and love.

In fact, he even made his first guitar because back then, he couldn’t afford one. The neck came from a broken guitar but was still intact and for the body, he drew a guitar shape on his parents’ coffee table and cut it out (you can imagine that they weren’t too happy about him doing that). The fact that he made his first guitar out of a coffee table is in my opinion is both extremely creative and yet very crazy at the same time. But he wanted to play guitar so badly.

“I don’t care, I can’t afford a guitar… I’m gonna go ahead and make one…It was really bad, and it was not really playable,” Zoltan said.

But he was still really happy because he had a guitar now. He was so fascinated by it and he was self-taught. One of the first metal bands that Zoltan loved was Iron Maiden, especially because they had two guitar players and they played in unison, he explained.

“When I was a kid I was going to try everything there was to try at least once, or twice if I liked it,” Zoltan said.

He stayed in Hungary until he finished his education, attending high school and college there. Even after regular school was over, he would go to other schools to acquire as much knowledge as possible, and took as many classes as possible. I can personally tell you that education is very important to Zoltan.

“My outlook on life was that I will outwork everybody,” Zoltan said. “I will be successful because I will study more than anybody and then I will work more than anybody. That was my early understanding of the world at seven, eight and nine. I already had this attitude on life, like I will absolutely outwork everyone. I will go to extra schools, I will take extra classes. So by the time I’m graduating, I am more ready for life than anybody else I know. That was my attitude.”

He attended special schools in order to become a scientist – specifically an astrophysicist, and still has an interest in that field to this day.

When I spoke to him about his Martial Arts background, he told me that he started with Judo around the age of nine.

Zoltan went into further detail of the world of Martial Arts by explaining key components to me. Things that are involved with being a Martial Artist are your lifestyle and the way you see the world. You learn The Code of The Samurai, the way to live; honor, discipline and respect.  It’s not just to learn how to fight. There is a different mindset when you are a Martial Artist.  Zoltan said that he contributes being a Martial Artist as another key to his success.  Being a Martial Artist has changed his attitude about challenges; he likes the challenge and will happily take on the most difficult tasks. He is trained in Judo, Wing Chun Kung Fu and Jiu-Jitsu. He is always training and testing himself by going to competitions because he loves the feeling of the real challenge.

When it comes to being bored, that is one word that is not used in Zoltan’s vocabulary. I asked him about any interests other than playing music and being a Martial Artist.

“The only thing that I can get more of is time,” Zoltan said.

Some of the other activities that were mentioned were the love of flying planes, reading, travel and cars.  He also belongs to an organization called “VETPAW” which means “Veterans Empowered to Protect African Wildlife” and he even goes to Africa with them in order to help protect the wildlife from poachers.

Another thing that even hardcore 5FDP fans might not know is that Zoltan designs Five Finger Death Punch’s merchandise.  He draws and paints a lot, has made many inventions and holds a number of patents on some of them. And as if that weren’t enough, he writes the band’s stories behind the videos and directs them too.

“My whole life I worked hard, but it’s not just that,” Zoltan said. It’s also working smart. Working hard and working smart is not the same thing.”

Hungary is a small country, and Zoltan left when he was around twenty years old. He finished his formal education there, but he always wanted to come to America because “it’s the land of the free and opportunities.” It was also the place where the music that he loved was most popular.

Five Finger Death Punch was first formed in 2005 by Zoltan Bathory. Their initial EP, called  “Pre-Emptive-Strike,” came out on July 10, 2007 and their debut album was released on July 31, 2007. Their name comes from a mythical combat technique first introduced in old Martial Arts films and expanded upon in the “Kill Bill” film series. To date, they have 25 top 10 hit singles and 13 #1 singles. Five Finger Death Punch also has over 7.6 billion streams, and they currently have over 3 billion video views and have sold over one million tickets between 2018 and 2020 alone. They are one of the top global streaming bands in the hard rock/metal genre and as a result, have become one of the most recognizable names in rock and metal music. Their ninth Album “Afterlife” will be released on August 19th, 2022. The songs “IOU” and “Afterlife,” which are both featured on this album have already hit #1 on the billboard charts at the time of this writing.

5FDP regularly headline most major festivals and play to sold-out arenas around the world. Since their debut album, “The Way of the Fist” came out in 2007, the band has released seven consecutive albums that were certified Gold or Platinum by the RIAA, as well as two chart-topping Greatest Hits albums. Also, 5FDP has earned numerous national and international awards and honors over the last decade, such as the Soldier Appreciation Award presented by the Association of The United States Army – an honor given to only one other recording artist… Elvis Presley.

The band donated over $150,000 in 2020 to the Gary Sinise Foundation, a charity that helps America’s defenders, veterans and first responders during times of need. The band raised the money from their 2019 ticket sales along with proceeds from their hit single “Blue on Black.” They have also donated $95,000 to an organization called C.O.P.S. Their generosity is endless.

This band has put their fans first for 16+ years and cares about them in so many different ways. When it comes to their fans, especially kids and women at their shows, they always protect them, and I have seen that firsthand. I know a lot of other bands still take care of their fans, but at the same time they put it all on security to do so. But it is completely different with Five Finger Death Punch; one example was when a guy broke his leg in a mosh pit, Zoltan put his Guitar down and went straight out into the crowd to go and wait with him until the EMTs came.

“When you look at a concert, it’s almost like a tribal experience because you can listen to music at home or you go to a concert,” Zoltan said. “When you go to a concert, it’s an energy that we share – the audience and the band… it’s a tribal experience. The audience is our tribe. We wouldn’t be here without them. We wouldn’t exist without our fans. So, therefore when the fans are there, we try everything we got, all the energy, all that experience. It’s our show, so we are responsible for what’s happening there. I am responsible for overseeing the crowd and making sure everything’s ok. But, the crowds are so big now that there are 30-40,000 people. I can’t see everything but if I see something I will stop the show or if Ivan sees something he will stop the show to make sure everybody is safe. And if everybody had a good experience, we are here together as a family. It is 100% important that everybody has a great time at our shows.”

“We never forgot where we came from,” Zoltan said. “Anytime we are with fans, we stop and talk, we take pictures, we spend the time. As I said, this is our family, this is our extended family, this is our tribe and I think the fans can tell, the fans can absolutely tell when it’s real or somebody is faking it. You can say whatever, but action speaks louder. We go out of our way every time making sure everybody’s safe and everybody has a good time. It’s important to us and it’s real and I think the fans simply know that it’s real. They understand that this connection is real. I remember you were just a little girl coming into a Meet & Greet and you were very shy, and look at you now and you know this is exactly what this is about. The first thing we were like was, “Hey, you don’t have to be scared, we are just like you but we are just a little bit bigger, but you know everything is okay.”

I know that this article was a little longer than others that I have written. It is because I feel that this band has done so much for so many people and deserves the recognition that they don’t look for. As for Zoltan, he is one of the most kind, generous, intelligent and humble people I know. The words from a very wise man are the words that best describe Zoltan.  He is truly a modern Renaissance Man.