Hardware Time: All The Places These Raiders Can Go 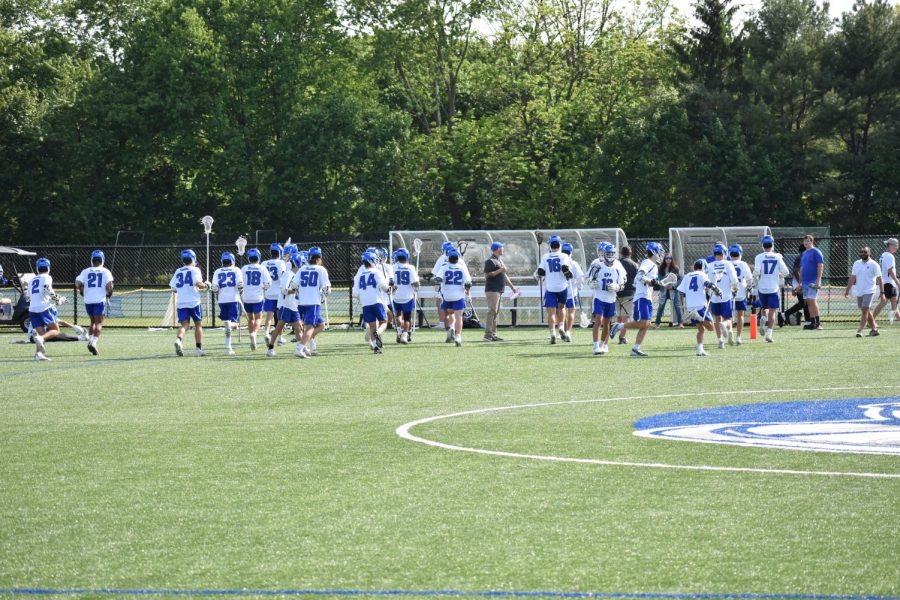 It wasn’t the 19-5 final score that was most impressive about the boys lacrosse team’s first round victory in the NJSIAA, North Jersey Group III State Tournament Wednesday afternoon.

It was how they got there.

While we must approach this game understanding the Raiders are the top seed and they just faced the lowest seed Hanover Park, let’s not mince words when coming to two conclusions: a) the Raiders have yet to return to full strength and b) the ceiling of how good this team can be is unknown.

On Wednesday afternoon, senior Merrimack commit Mikey Kloepfer and sophomore Aidan Fairweather paced the Raiders with three goals each while seniors Jake Monroy and Sandro Frias each had two.

Frias, who made his much-anticipated return from injury in the regular season finale last Saturday, is someone the Raiders and head coach Nick Miceli will count on for his playmaking as their quest for a state championship continues.

Last Saturday was the first time that Kloepfer, Fairweather, Monroy and Frias shared the field at the same time and yesterday they continued to build on that performance. Add in the return of senior Wagner commit Chase Alber (likely this Saturday) and the Raiders have their own version of the vaunted “Hampton Five” death lineup deployed by the Golden State Warriors many moons ago.

Let us not forget Scranton commit Matt Power, who has an immense presence on both sides of the field, traveling box-to-box as a midfielder and clearing balls into the offensive zone, and junior Timmy Paprocki who has a laser of a shot. Junior faceoff man Ethan Filler has also taken a tremendous leap this season, he went 14 for 14 on faceoffs yesterday.

Anyone who has ideas to name the Kloepfer-Fairweather-Monroy-Frias-Alber lineup, please reach out.

Now, let’s take a look at the program Miceli’s developed in his ten years as head coach.

Miceli has not only built a premier program in New Jersey; he has built a program of mentally-tough, battle-tested winners. An added wrinkle to this potentially history-making season — Miceli has known most of the seniors since they were in elementary school.

The success the Raiders are having this season is a product of the many years of struggle and development during Miceli’s tenure at Scotch Plains. In the stands, there were products — alumni — of Miceli’s program, or “Moose” as current and former players alike like to call their beloved head coach.

Everything — the past and present — is coming together for this team.

When this season is over and the Raiders — hopefully — bring hardware home, they’ll reflect on their two losses to Westfield and their underwhelming performance against West Essex as key games — moments that championship teams need to get to where they want to go.

Perhaps this is premature, but it’s hardware time. That’s not merely the ceiling, it’s the expectation. And as Kloepfer texted me after their incredible victory over Summit on April 20, “We’re not done yet!”