“Andhanhun” Highlights That People Need To Diversify Their Media Consumption

“Everyone knows about the disadvantages of being blind. Let me tell you about its benefits.” 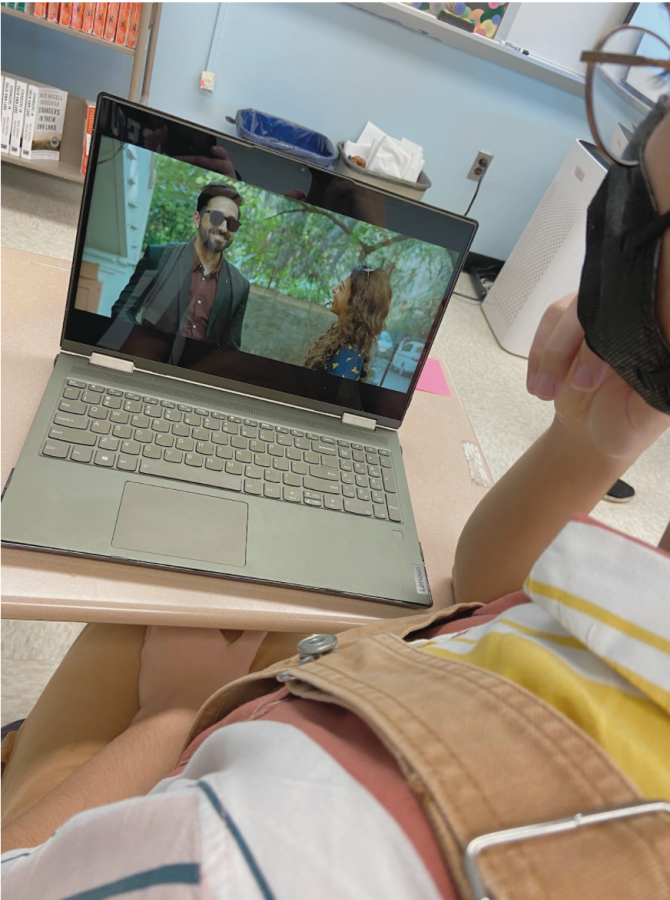 John Leonardo watches the beginning of the movie “Andhanhun.” The film was critically acclaimed in India, receiving many accolades and recognition.

And believe me, all of the people who worked on this movie truly deserve all the credit in the world.

The plot follows Akash (Khurrana), a blind pianist living in the city of Pune, India, who is saving up to move to London by playing gigs at a local restaurant and tutoring kids on piano. His life is turned into a downward series of surprises after he unexpectedly winds up at the murder scene of a well-known actor.

If you enjoy bollywood movies you might recognize some of the actors in this movie: Aysushmann Khurrana has also appeared in popular bollywood films such as “Article 15,” “Vicky Donor” and “Badhaai Ho”; Actress Tabu (who plays the wife of the murdered actor) has also starred in her share of movies which some western audiences may know better such as the film adaption of “The Namsake” as well as “The Life of Pi”.

Overall the acting was superb, but the main selling point of the movie for me was the writing. The entire plot was so ridiculously clever to me and many of the bombshells that were dropped in this movie had me thinking “wait… why would they… OH THAT’S SO CLEVER!” I’m usually the sort of person who starts to get distracted a half hour into a movie and begins doing other things about the house, but this film captivated me and I stayed in my seat, eyes glued to the screen throughout its entirety.

To say I was pleasantly surprised by this movie would be an understatement. To give some background, I had just recently gone through a Marvel movie phase and I desperately wanted something new and refreshing. After my friends had recommended that I watch “3 Idiots,” another fantastic bollywood movie, I stumbled upon “Andhanhun” from the suggested feature of Netflix. I was way too used to the mediocre storytelling that came with western superhero movies, but finally watching an exciting, edge-of-your-seat type movie like “Andhanhun” really blew me away.

This movie was truly something else. This is why I strongly suggest you take a step out of your comfort zone when it comes to movies and media. If my friends never suggested that I watch a bollywood film, I probably wouldn’t have started. True, it may not be in a language you understand or you may not pick up on some of the cultural references, but foreign movies are just such a different experience everyone needs to try.

This movie is crazy In the best way possible. It takes you on such a ride. In the first Act, which was around the 30-minute mark, you have such a pleasant atmosphere. There’s a guy singing and playing at this restaurant and the movie has you thinking you’re watching a cute bollywood rom com, then BAM: things get wild. It’s actually really clever. Just when I thought I knew where it was going the movie was going, the movie went the opposite direction.

One of the recurring questions I had with this movie was if the main character was someone to root for or not. It was a back and forth I’ve had while watching and I believe that this is such an interesting dynamic that a movie can have.

Here are some things to note if you decide to watch the movie. The movie is in Hindi with some English thrown in, but thankfully it does have English subtitles. It’s around two hours and 15 minutes. I actually don’t recommend watching the trailer for this movie as it is best watched completely 100% spoiler free and although the trailer does a good job of showcasing the film and what it’s all about, it does contain some scenes that I believe are a tiny bit of spoilers. The less you know about this movie going in, the better time you are going to have while watching it. And finally, you will be getting lots of drama out of this movie, so keep that in mind as well.