“Permanent Record” by Mary H. K. Choi is a must-read 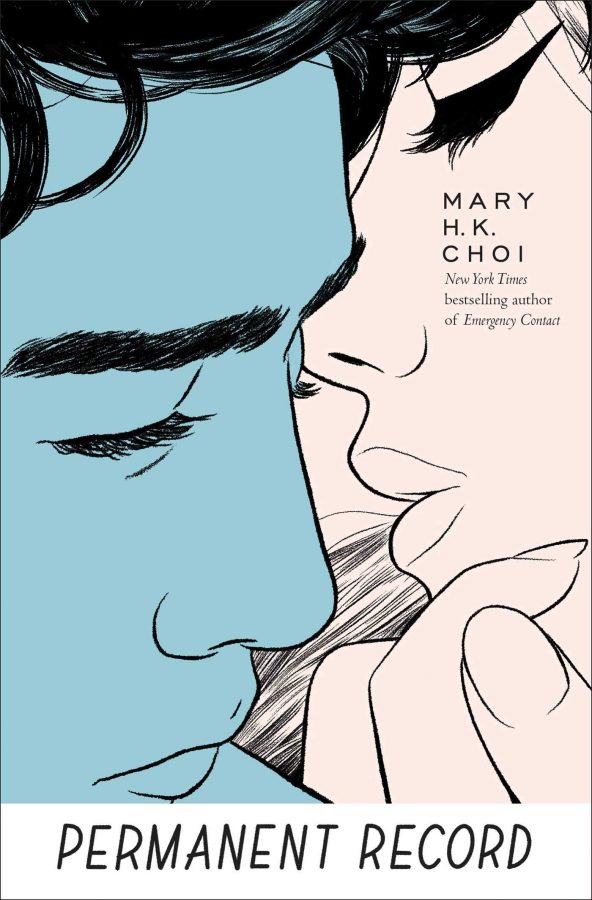 Permanent Record by Mary H. K. Choi is a stellar read.
Pablo Neruda Rind is a college dropout. While working in a New York bodega to pay off his large credit card debts, he meets famous superstar Leanna Smart. When she keeps coming back to the store, Pablo slowly becomes involved in her exciting and lavish lifestyle. But the book is more than a romance: along the way, Pablo deals with his friends, family, and the debt that keeps piling up.
This book is written in a stream-of-consciousness, close narrative distance style. Readers hear every thought Pablo has, know how he’s feeling at any given moment in the story, as well as see the history between characters as he reminisces. This style is versatile and showcases a lot of voice. The first few paragraphs instantly thrust readers into Pablo’s mind; the book opens with:
“I don’t care what any of the a**holes I live with tell you. I don’t work at a bodega. It’s a health food store. Says right there on the sign: M&A JUICE BAR DELI ORGANIC GROCERY CORP.
Whatever. It’s implied.”
The style of writing makes Pablo real and tangible, with a clear voice that is distinct from the other characters. He’s funny without trying, coming up with quips in his head and (relatably) panicking in an endearing way.
The way this story plays out is downright breath-taking. Choi starts this book with the promise of romance and excitement, but somewhere along the way it morphs into a story about growing up, family, love and most of all, accepting yourself. Pablo struggles with his relationships, making mistakes and burning bridges. There are points in the story where readers may wonder if everything will turn out okay. But that’s the best part of stories, isn’t it? Waiting at the edge of your seat and holding your breath, while you wonder just how everything is going to work out.

What makes the book so likable is how real it is. Pablo could be anyone, even if the situation is a little different. The choices he makes, the way he reacts —  it could be anyone working in that bodega and making the same mistakes and stumbles. There is no finite moment when Pablo becomes a character you can relate to, but everything builds and builds until the dam breaks and that’s when you know you’ve got a good book on your hands.
I would recommend that anyone who likes realistic fiction pick Permanent Record up. This book is for the readers who are just starting to grow up, who enjoy something that is somehow light and heavy at the same time. It’s definitely a story that will bring tears to your eyes if you’re not careful, and I found that by the last page and the last tear, I felt clean and raw. If you’re a fan of books like that, that scrape something inside you, then this is for you.

An excerpt from Permanent Record:
I don’t care what any of the a**holes I live with tell you. I don’t work at a bodega. It’s a health food store. Says right there on the sign: M&A JUICE BAR DELI ORGANIC GROCERY CORP.
Whatever. It’s implied.
In any case, it’s well lit, huge by New York standards, with a battalion of Vitamix blenders right up front—4K worth at least. Plus, we sell every type of rich-people fetish food. Are you in the market for organic, non-sulfur-treated goji berries at eighteen bucks a bag? We got you. Gluten-free, sugar-free, dye-free cake for your non-immunized kid’s next birthday? Yep. We even have cake mix with gluten that’s just as expensive because it’s ironic. See, we’re fancy, not at all bodega, never mind that we’re open twenty-four hours a day, are owned by no-nonsense Koreans, and have a deli cat named Gusto. I’m telling you: Not. A. Bodega.