Washington DC blooms into spring with the cherry blossom festival 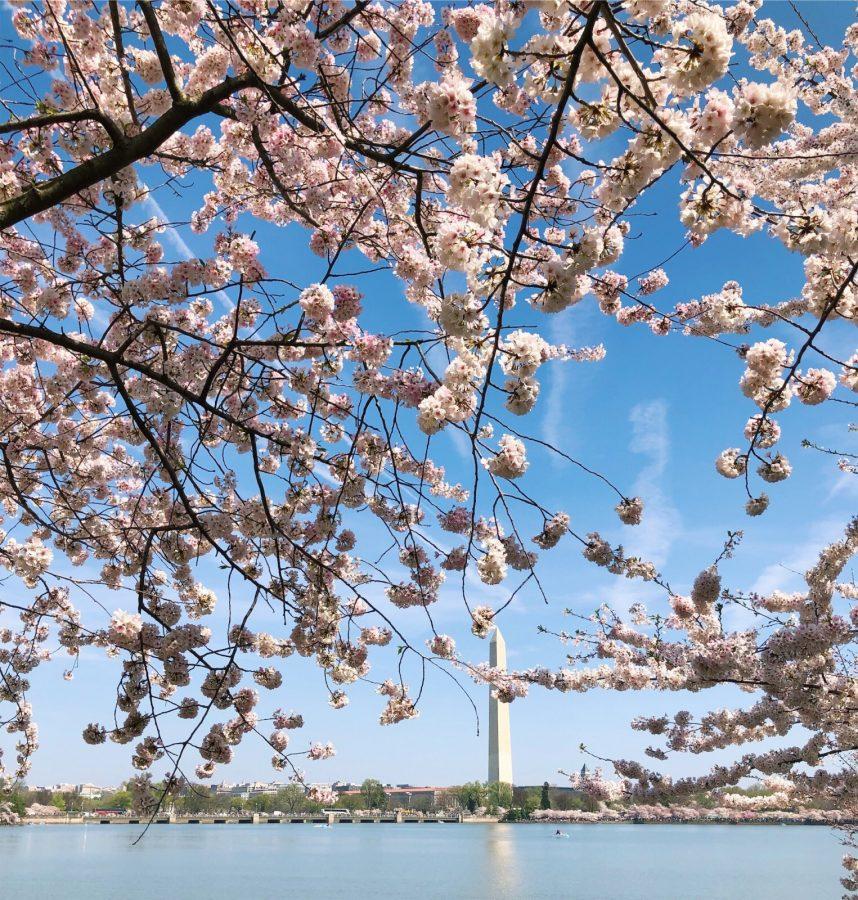 Every year during the months of March and April, Washington DC hosts their annual Cherry Blossom Festival throughout the National Mall. This year hit the 107th anniversary of the festival and welcomed around 1.5 million people throughout the course of the several weeks of March and April.
The festival started as a celebration of when the Japanese ambassador, Mayor Yukio Ozaki of Tokyo, gifted the United States more than 3000 cherry blossom trees as a sign of a friendship between the two countries back in 1912. Every since the National Mall uses a few weeks, during the time that the cherry blossoms bloom, to celebrate this generous gift.
“I’m very interested by the history behind the entire event and how the ambassador wanted to send the cherry blossoms in order to show the peace between the two countries,” said sophomore at SPFHS, Ava Hausle.
At the festival there are cherry blossom trees surrounding the entire National Mall, several food trucks and the opportunity to go on pedal boats and drive around the Tidal Basin. Furthermore, the festival is pet friendly so bringing a dog or other pets is very popular when visiting.  Not only that, but many times people bring their own lunches or dinners and set up a picnic under one of the trees or anywhere around the mall.
The National Mall consists of many different monuments commemorating both the important citizens who have made an impact on our. country, such as a monument of Dr. Martin Luther King Jr, George Washington, Abraham Lincoln and many more. In addition to that, the Mall consists memorials if very important events of our country’s history, this includes a World War II memorial, Vietnam memorial and more. It also includes a variety of different museums to educate about our country’s history.
“I would most definitely visit the festivals because they have fun activities such as cherry blossom tours and I would like to go on the duck tour to embrace the beauty of the cherry blossoms,” said Ava Hausle.
The Cherry Blossom Festival has turned into a huge event where people all over the country come together to celebrate and experience the bond between the United States and Japan and to explore the various museums, memorials and monuments.