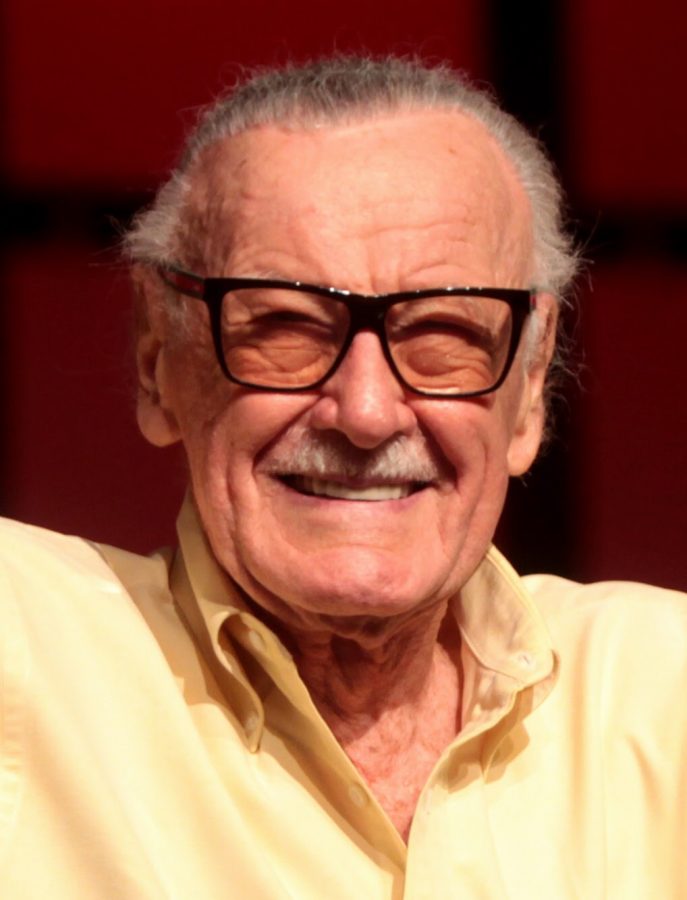 Even though 2018 is coming to a close, the cycle of life continues to push forward. As sad as it is, people come and people go and the same goes for celebrities. During 2018, especially in the last few months, the world has lost some icons, whether it be political figures or franchise creators. Even though these miraculous people are no longer a part of this world, they will forever be loved and appreciated for what they’ve left behind and what they’ll continue to give future generations.

Stephen Hawking, born on Jan. 8, 1942, was an English theoretical physicist, author and cosmologist, constantly exploring and developing theories about the marriage of space and time. Over the course of his lifetime he wrote more than twenty books, had movies made in his honor and was the first to develop a theory of cosmology. There were certainly challenges he had to face while doing so, as he was diagnosed with ALS (Amyotrophic Lateral Sclerosis) at the age of 21. Also known as Lou Gehrig’s disease, ALS is a terminal illness that affects and causes the deaths of neurons that control the brain and the spinal cord, eventually paralyzing the affected person. Hawking was given two years to live, but instead survived for another 55 years, dying at 76 on March 14, 2018. This remarkable man was known for his humor, stating that “Life would be tragic if it weren’t funny.”

John McCain served as a United States Senator of Arizona from 1987 to the time of his death (Aug. 25, 2018). Born on Aug. 29, 1936, McCain was a kind-hearted politician, treating his opponents with respect and putting his country before him. Before entering politics, he was a military officer, serving in the Vietnam War. On one of his bombing missions, he was shot down and taken as prisoner of war for five years, which left him with physical disabilities from the initial crash and the torture he endured. McCain was to be released early, but he refused until all the other prisoners were released before him. Towards the end of his life, he was diagnosed with brain cancer and ultimately succumbed to the illness. This selfless man will be remembered and honored for decades to come.

Stephen Hillenburg is known for being the creator, producer, director and writer of the much-loved show “Spongebob Squarepants”. He was born on Aug. 21, 1961, and died at the age of 57 on Nov. 26, 2018. Not only was Hillenburg a cartoonist and animator, but he was also a marine biology teacher, which was incorporated into the megahit show. He was also diagnosed with ALS on March 2017.“My family and I are grateful for the outpouring of love and support,” Hillenburg said in a statement. He died due to cardiopulmonary failure, or cardiac arrest, from ALS. At this time, the beloved show Spongebob Squarepants will continue to air and will still be a treasured part of modern culture for future decades.

Stan Lee was a famous comic book writer, creating popular superheroes such as the X-Men, the Fantastic Four, Thor, the Hulk and Spider-Man. The face of Marvel was born on Dec. 28, 1922 and spent the last decade of his life making cameos in Marvel Movies, beginning in 1989, with the movie “The Trial of the Incredible Hulk”. He even made cameos in TV shows related to the DC universe. He lived to the ripe old age of 95, dying on Nov. 12, 2018 after being rushed to a hospital due to a medical emergency earlier that day. Thank you for all the smiles you’ve spread in the world, Stan. Excelsior.

Colin Kroll, born in 1984, was the CEO and co-founder of the hit gaming app HQ Trivia and cofounder of the iconic six-second video app Vine. Thanks to Vine, celebrities like David Dobrik, Liza Koshy, and Andrew B. Bachelor (better known as King Bach) have skyrocketed into fame, even after the app shut down in early 2017. Kroll was found dead on December 16th, 2018 due to a possible overdose at just 34 years old.

Kate Spade’s suicide on June 5, 2018 was a shock too many who loved her iconic fashion brand. She was born on Dec. 24, 1962, and started her design career by constructing her works out of paper and Scotch tape. She turned to designing handbags after becoming frustrated by how over-accessorized she felt they were and eventually became the face of her own brand. Her death was a wake-up call to show how essential mental health is.